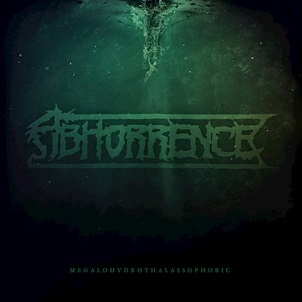 A now-familiar refrain: Early death metal band releases a handful of seminal splits and EPs, breaks up in 1990, reforms over two decades later, then, suddenly, they’re interesting and vital. Obviously, this applies to Finland’s Abhorrence, an entity who has existed largely in cult spaces. The Megalohydrothalassophobic EP marks their first release of new material since 1991’s self-titled demo, ushering in (again) the patented plow-ahead, no-frills plot that only a band from death metal’s golden era can exhume.

Hovering in and around simplistic, mid-tempo, brutal territory with ample doses of blasts, Abhorrence’s ability to churn out instant bangers is clearly their long suit. “Anthem for the Anthropocene” is the type of punishing rocker that only a DM band from the old-school could knock out with ease — just let that ride cymbal do the work and the rest will go. “The Four Billion Year Dream,” with its undeniably killer blast-into groove riff territory, coupled with the unsettling “Hyperobject Beneath the Waves” and closer “The End Has Already Happened” loop in the core tenants of classic DM: Minor chord riff segments, blast pile-drives and a span of disharmony.

Surely lots of hype and excitement is sure to surround Abhorrence upon the release of Megalohydrothalassophobic. And while it’s easy to get pumped about an old death metal band coming out of the woodwork, fret not with Abhorrence — they appear to be the genuine article, full of that Finnish weirdness that is impossible to replicate.