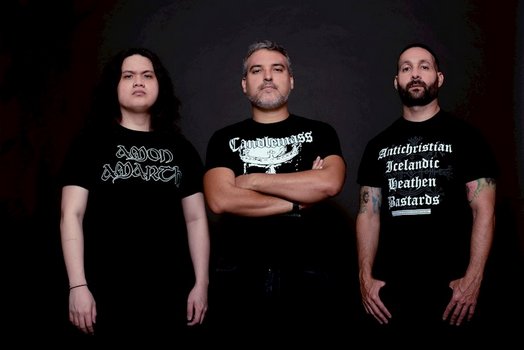 It’s that time again at DR, that time of course, being a fresh video to roll out. We are showcasing a new video from Singapore death metal act Adarrak for the song “Through the Fabric of Time,” which comes from their upcoming album Ex Oriente Lux. It will be released on May 27 through Sathanas Records (physical)/Blood Blast Distribution (digitally). You can check out the song below, as well as some other tracks along with it. You can click on the Bandcamp widget below to pre-order or CLICK HERE.

Adarrak offer up an exciting sound with “Through the Fabric of Time.” You can hear the old school death metal vibes emanating from it, as well as some decidedly heavy stuff. But in addition to some pulse-pounding grooves and rhythms, you will be hit by some surprisingly catchy cleans and a wicked solo later in the track. The newer and older influences come together well to craft a more unique sounding song. Everything merges together into a rather intriguing 4-minute rollercoaster of a song.

Bassist Zigor Munoz on “Through the Fabric of Time”
Our minds perceive memories in a very different way to how things actually occur. The longer we hold on to memories the more blurry they tend to become. We are on Earth but momentarily. What part do memories play when Life ceases to exist?

About the band:
On Ex Oriente Lux, ADARRAK showcases a mixture of established (Headcrusher, Norse, The Amenta, Dispiteous, Sol de Sangre, Somnium Nox) and emerging musicians that are both local and global. The album boasts guest appearances by Marty Friedman of Megadeth fame, as well as other local musicians (Üllermach, Boxchild). The album was mixed and mastered by the one and only Dan Swanö at Unisound Studios. Says Swanö about the forthcoming album: “Adarrak is truly progressive since they are not afraid to implement all kinds of metal into the mix, anything from epic leads to insane blast parts.” 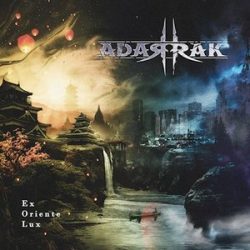