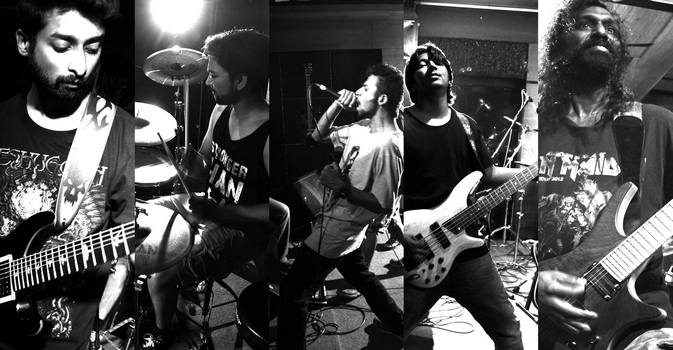 Our latest song stream comes in collaboration with India’s Hostilian. An unsigned act who are self-releasing their first EP, Monolith, on September 15. The track in question, “Survive,” is the second song released from said album. If you like what you hear, you can stream another song on their Bandcamp site and PRE-ORDER the album. Just click the widget at the bottom of the page.

“Survive” showcases Hostilian’s strongest asset – groove. While it opens with some great melodic leadwork that sets up the tone for the rest of the track, the groove is going to immediately get your attention. Thick and catchy, the modern thrashy grooves are they type of hard-hitting material that works well for this particular field. They type of thing that promotes sore necks. Some more melodic and intricate guitarwork returns towards the end of the song, providing that they can balance the mid-tempo stomping with some varied material.

Says the band:
HOSTILIAN from the city of Hyderabad, India are a brand new band playing a form of groove-induced death metal that’s at once powerful and lasting. With three guitarists in their ranks, they aim to create music that’s not one-dimensional and manage to incorporate a plethora of influences without straying away from their thick and crushing sound. Touted as the next great band from their city after GODLESS, their debut ‘Monolith’ is highly awaited in their country, as the band prepare to embark on a nationwide tour. These four songs are enough to cement their future as one of the most promising acts and their debut EP is bound to send shockwaves through the country and beyond.

Artwork by Joe Gettler (US)
Produced by Dave Levine 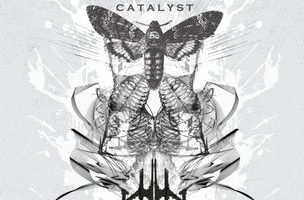