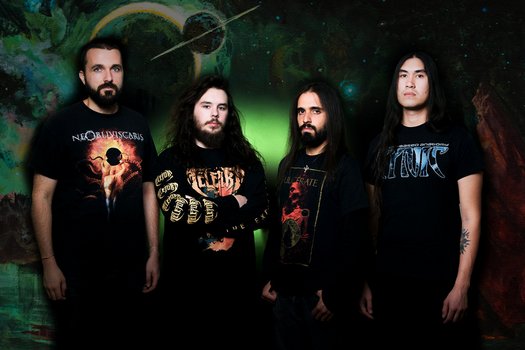 We have some mind-boggling tech death for you to start out your week here at Dead Rhetoric. We’ve partnered up with Transcending Obscurity Records to bring you a premiere of a new track from Coexistence, “Detach from the Abyss.” The track comes from their upcoming full-length debut, set to be released on October 23. As always, if you dig what you hear, you can click on the Bandcamp widget below, or HERE to pre-order the album.

A gargantuan 8-minute track that hits multiple moods, “Detach from the Abyss” is going to strike right at the heart of Obscura and Beyond Creation fans. Playfully proggy death metal with an otherworldly vibe. The soloing immediately ropes you in with the space-y sounds and melodies, which wrap themselves around more aggressive corners and riffing. Midway through the track, you get a tempo drop and dive into some even proggier sensations as the music takes a wonderfully calm turn (the striking album cover art really resonates here). Fear not though, it doesn’t overstay its welcome and the band jumps right back into heavy territory and escalates the pace towards the frantic. It’s all a delight to the ears, regardless of the tempo, and the track is a shining success for fans of tech/prog extremity.

Says the label:
Italian technical death metal wizards conjure up their highly awaited full length album after releasing a belter of an EP in Contact with the Entity. Expectations were already sky high but it’s safe to say that Coexistence have not only met them but also surpassed them by a huge margin with Collateral Dimension. They’ve grown by leaps and bounds and this album here is nothing short of a marvel in comparison. There’s controlled aggression and exquisite melodies, ensconced effortlessly in their elaborate, sinuous and ever-changing structures. The album is highly varied and incorporates everything you’d want from this style of technical death metal with a lot of curveballs thrown in to prevent complacency from settling in. It’s an enchanting and riveting experience from start to finish as you discover new facets every time. With a mind-blowing artwork from Adam Burke, the album is beautifully able to express its sci-fi-themed vision where this kind of music goes, with perfect production values ensuring that everything is clear yet powerful. This has already proved to be a good year for Transcending Obscurity for such forward-thinking death metal music goes, with bands like Hateful, Atræ Bilis and even Sepulchral Curse paving the way for Coexistence’s release and others such as Depravity, The Scalar Process and Revulsion. 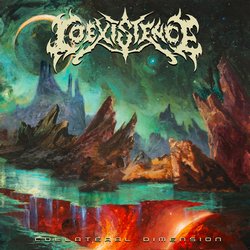