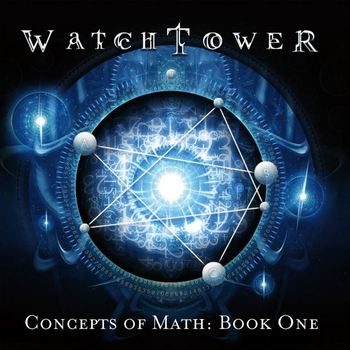 While it may have taken 27 years to get a new album from Watchtower, it appears that time has not lessened the band’s ability to provide spectacular and impressive progressive material. Concepts of Math: Book One is a staggering display of technical prowess that should rightly deliver the band to an entire new generation of potential fans, especially given the rise in status of more progressive acts undoubtedly influenced by the band’s first go-round.

Concepts of Math: Book One remarkably finds Watchtower in stride. The acrobatic, finger-defying playing of Jarzombek remains the foundation of the band’s sound, with the man turning in some real conniving motifs on “M-Theory Overture” and “Technology Inaction,” where his quick guitar diddles take charge. Tecchio is no longer tasked with having to hit high notes in every breath, although he’s pretty sky-high on “The Size of Matter.”