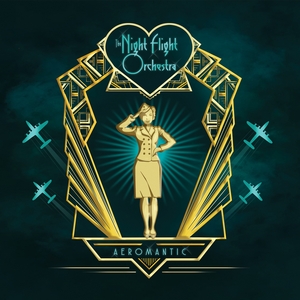 If there’s one band out there right now that can manage to capture the rock sounds of yesterday and make them into something that feels exhilarating and fresh, it’s The Night Flight Orchestra. They’ve been incredibly consistent over the last few releases, managing to somehow one-up themselves each time without completely reinventing the wheel – it’s more the case of absorbing more influences and putting them into best use along with what has worked from the start. Aeromantic is jam-packed with grin-inducing vocal lines, riffs that will make your neck hair stand at attention, and a complete sound that fans of classic rock will simply clamor for. Absolutely spell-binding from beginning to end, and something you can listen to repeatedly without a second thought.