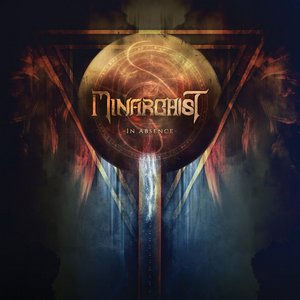 An album that will not be below the radar for much longer, Minarchist’s debut, In Absence, is ready to be released at the end of the month (May 27th). In preparation for this, DR has partnered with the band to release a second song from the album, titled “Threat of a Terrible Storm.” The brainchild of songwriter/guitarist/clean vocalist Connor McNamee, the band also features Black Crown Initiate bassist Nick Shaw (who also produced the album) and Alustrium vocalist Jerry Martin. If that wasn’t enough, the album also contains guest solos from Andy Thomas (Black Crown Initiate) and Ethan McKenna.

An 8-minute track that is loaded with interesting moments, “Threat of a Terrible Storm” should give a solid indication of what Minarchist is capable of. Starting with some leading groovy riffs before some bass takes off, some darker clean vocals highlight the front end of the track. Things pick back up noticeably, hitting that sweet spot of brutality and atmosphere that Black Crown Initiate and Fallujah have been championing as of late with memorable mid-tempo riffage. One more easy highlight is that of an emotive and starkly melodic solo halfway through the song, leading further into some excellent clean vocal work. Check out the track below.

If you like what you hear, click on the Bandcamp widget below (and check out “The Ecstasy of Dreams”) to pre-order the album.

In Absence tracklisting
1. In Absence of Air
2. Our Rose Garden
3. Threat of a Terrible Storm
4. Burn Down the Sky
5. Abandon
6. The Ecstasy of Dreams
7. In Absence of Fear 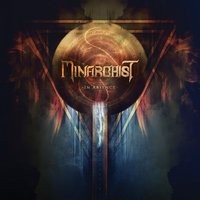