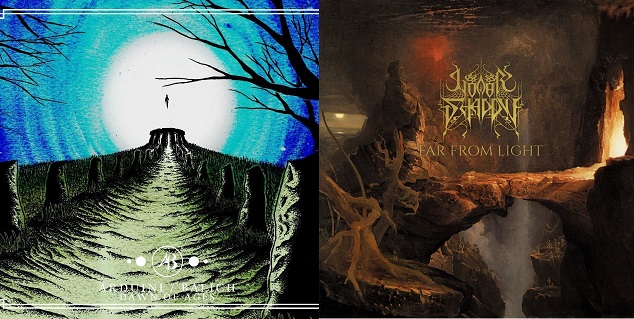 Dead Rhetoric and Cruz Del Sur Music are giving away a copy of Arduini/Balich‘s new Dawn of Ages CD and Lunar Shadow‘s new Far from Light CD to one (1) lucky winner.

“Doom laden progressive wall Of metal!” Sounds like the perfect definition of Arduini/Balich’s debut album Dawn of Ages. The band is the result of two very powerful figures in their own right of the metal scene. Victor Arduini needs no introduction being one of the founding members of Fates Warning, the same can be said for Brian “Butch” Balich, the mighty voice of Argus.

Led by guitarist Max “Savage” Birbaum, Lunar Shadow have worked their way to the debut LP with patience and extreme dedication. After the release of their first EP Triumphator in 2015 (nominated ” Demo Of The Month” by Rock Hard Magazine), the band played a number of select live shows. Far From Light delivers eight brand new songs with a playing time of over 60 minutes. Epic, melodic, thoughtful, and proudly progressive.

Sound good? Then enter before Friday, April 7 for your chance to win!

Enter “Cruz” in the answer field below.