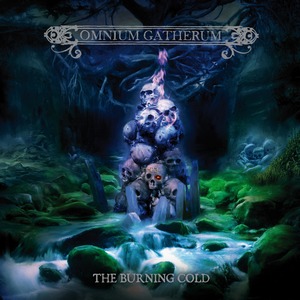 A perennial favorite among the Dead Rhetoric staff (and for good reason), it’s always exciting to see that Finland’s Omnium Gatherum are putting together a new album. As they continue to now soar higher and higher in global status for their excellently crafted melodic death metal, it seems everyone else is paying attention as well. The band’s formula for melodic death metal stands as one of the strongest going, with their ability to keep the infectious there while maintaining a sense of grandeur and sophistication to it all. The Burning Cold stands as one of their strongest accomplishments, and a statement that they are bound to keep pushing the melodic death metal envelope in their own way.

Omnium Gatherum have found their formula and continue to push it ever so closer to complete perfection. It’s clear that a band knows exactly what buttons to push when melodies consistently cause your hair to stand up on the back of your neck. There’s a reason why so many tracks have been directly called out in the paragraph above – there’s no shortage of exceptional songs. The attention to the underlying details makes each track shine as bright as it can.