August 2016 Album of the Month: Evergrey’s The Storm Within 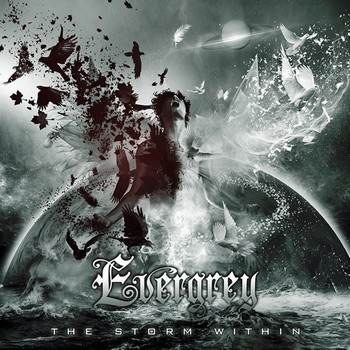 The end of summer brings about a bevy of metal releases as labels and bands get excited about the impending change of seasons. Which makes this month’s pick Evergrey all the more appropriate – a Swedish metal act that encompass all facets of power and progressive metal from an emotional and moodier standpoint throughout their long career. The Storm Within with its conceptual love theme contains a treasure trove of memorable songs, special female vocal guests, and this pulsating sense of vulnerability rarely attained in music today.

All 11 tracks reach out to touch the soul – the grey-oriented cover color scheme alluring in another descriptive set up to the contents within. Early to tell if The Storm Within will eclipse acceptance-wise the beacon of early Evergrey discography – but after numerous full playbacks, it resonates deeply to all of the outstanding qualities one expects from this benchmark act.