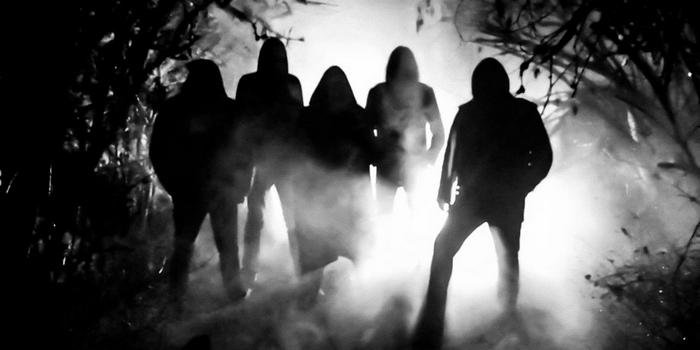 This afternoon, we have both an album stream of Torrefy’s Life is Bad, which releases on July 1, as well as an interview with guitarist Ben Gerencser. Check out what he has to say about the band’s tantalizing ‘black speed death thrash’ combination and some history behind the act, and then check out the whole of Life is Bad for yourself, as well as their video for “Plague of Empires,” at the bottom of the page.

Dead Rhetoric: The Infinity Complex was released in 2016. What has the band been up to since that time?

Ben Gerencser: Since the release of The Infinity Complex we have been doing what we usually do which is playing shows and writing new material. Torrefy is continually writing so we were immediately working on new material even in the midst of releasing our last album. We’ve been pretty focused on putting our new record, Life is Bad, together during that time. Finding the right people to work with and getting the sound closer to what we feel is a true representation of Torrefy’s sound took some time but we feel as though that was time well spent and that we have been successful in getting this record to sound exactly as we wanted it to.

Dead Rhetoric: Life is Bad is Torrefy’s third full-length. How do you feel the band has evolved from your previous efforts?

Gerencser: When we recorded The Infinity Complex we wanted the listener to have the experience of hearing us play live or hearing us while hanging out with us in our practice space, also known as The Garagenous Zone. That record sounds raw and live because we tracked it without using a click track and used very few, if any, effects. Life is Bad differs greatly in terms of production because this time around we were going for a sound that you would achieve from a real studio. Gustavo Adolfo helped us attain the sound we were going for with the help of Umbral Studios in Colombia. Joel Grind’s mastering of the record pushed the levels of aggression in the sonic landscapes that we had created to places where Torrefy had not tread before. For us the songwriting is tighter and more concise even though we maintain our tendency toward writing heavy metal epics AKA longer songs. The whole band has improved in terms of their performance ability but John Ferguson, our vocalist, really blew us away with his delivery in the studio. He fucking killed it in our opinion and definitely deserves the tiltle of most improved for Life is Bad.

Dead Rhetoric: As in the band description, what does ‘black speed death thrash’ mean to you?

Gerencser: Well, in Torrefy’s early days we pretty easily fit under the canopy of what people like to refer to as thrash and that was totally cool with us even though we never really set out to be a “thrash” band although we totally love that genre. After releasing The Infinity Complex it became apparent that with all the different influences that we are always incorporating into our writing that we were expanding out from under that thrash canopy. Some folks got it and others didn’t. Now we are releasing Life is Bad and Torrefy has expanded even further or perhaps evolved into, what we feel, is it’s true form. We use the term Black Speed Death Thrash to describe ourselves so that the listener won’t be mislead or feel duped when they encounter Torrefy. We are fast as fuck, blackened death thrash! Check it out!

Dead Rhetoric: There are some lengthy tracks on Life is Bad. What do you feel is important to the band’s songwriting that allows these songs to keep the listener’s attention?

Gerencser: Yeah, all the members of Torrefy are fans of long, epic albums. There are three major songwriters in the band when it comes to the strings. John writes all his own vocals to the songs brought to the space by Ben, Adam, and Simon and Daniel writes all of the band’s percussion. The band has always had a multitude of influences and an attraction to multiple different genres. For us it is exciting to attempt to seamlessly incorporate these into our songs while creating movements that convey different emotional peaks and valleys. Each song tells its own unique story and for us that often takes more than two and a half minutes. From our vantage point there has never been a problem for us, using the equations that we do, to keep an audience’s attention.

Dead Rhetoric: Could you discuss some of the lyrical themes of Life is Bad?

Gerencser: The lyrical themes for Life is Bad are totally varied. So let’s go track by track!

“Sarcophony” ~ The sound made by the momentary awakening of every corpse on earth at the same time. “Eye of the Swarm” ~ Earth is attacked by a bloodthirsty swarm of other worldly insects. “Outrun by Wolves” ~ Being chased down by a pack of wolves and killing to save your life momentarily and appeasing your hunters. “GFYD” ~ Fuck you if you are a selfish megalomaniac. “Arborequiem” ~ Trees. “The Thin Line” ~ A lovesong for the sadistic. “Cells” ~ Confined to being a human being. “Torrn Apart by Machinery” ~ Being perpetually killed and kept alive at the same time by a machine. “Plague of Empires” ~ Mankind appears to be doomed to continue to not learn from their past failures.

Dead Rhetoric: The band’s logo stands out. What went into the thought on how it was designed?

Gerencser: Thank you for saying so! I suppose lethality, symmetry, and beauty were the concepts that we were trying to meld in our logo. Use that logo as a weapon and somebody is going to get hurt! The logo was inspired by a logo that was designed and given to us as a gift in the band’s infancy.

Dead Rhetoric: Life is Bad seems an apt title for the current state of the world. What has the band been up to in state of quarantine we have had over the past few months?

Gerencser: Although the album’s title predates the planet’s current state by literally years, it certainly does feel fitting for the total fucking disaster that the world currently is. The quarantine period was really hard for us. As a band we have gotten together and rehearsed twice a week for the last decade. We are all the original members of the band. We are all best friends and family to one another. Not seeing each other or meeting up in our cathedral of sonic worship was truly heartbreaking but we made it through. Luckily we live on an island where our quarantine efforts worked to assuage this plague in our vicinity so we have been able to return to our regular rehearsal schedule for the time being.

Dead Rhetoric: Your material is all available at Bandcamp. Do you feel that has been an effective platform to get your music out there?

Gerencser: All of our material and merchandise is available on Bandcamp. Bandcamp has been a fantastic tool for our band but Youtube has also been instrumental in getting our music out into the world. We are however relatively still unknown.

Dead Rhetoric: Do you have any plans for the remainder of 2020 or looking ahead into 2021?

Gerencser: We are currently finishing up the writing for our next record beyond Life is Bad and getting our performance level for it up to par for the studio. That next one we’ll be coming soon since we are currently faced with the sad fact that all our live shows have been cancelled for the indeterminate future. We truly can’t wait to get back on stage and perform for our fans and when that day comes all Hell’s gonna break loose! 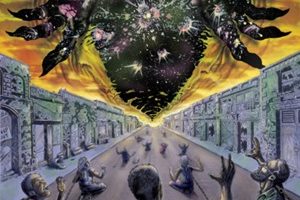