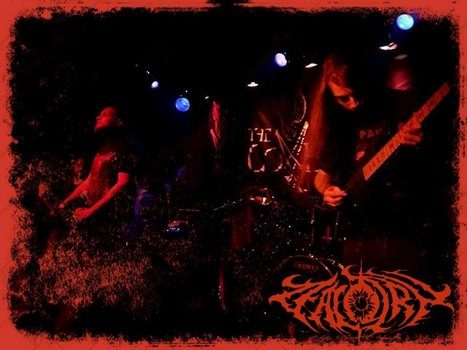 Anyone in the mood for some complex, angular death metal of the highest order should be pleased to see that we have partnered up with Unspeakable Axe Records to premiere Zealotry’s newest effort one week before it’s release date on December 7, 2018. As the case normally goes, if you dig what you hear, you can click on the Bandcamp widget below to pre=order, or PURCHASE HERE.

Our thoughts:
The Last Witness was certainly impressive, but it pales in comparison to what the band has achieved on At the Nexus of All Stillborn Worlds. A major step-up for the band, this is far from a typical death metal release. Progressive death metal with a lot of intricate touches, including the lavish bass playing, murky yet hard-hitting riffs, subtle melodic tones, and some occasionally trippy vibes all swirl together to craft an experience with some immediate gratification but grows stronger with each listen. This is that weird, ‘out there’ death metal that manages to design a world of its own without going too far overboard.

Perhaps more important though, is how they can juggle all of the aforementioned pieces into something surprisingly coherent. There’s plenty of technical playing chops to be had, but the experience is never daunting or feels that way just to impress the listener. The songs ebb and flow, and aren’t afraid of a little bit of experimentation to keep the album fresh without sounding like it is coming out of left field (even some clean vocals feel quite naturally at home). Those seeking some suitably dark and inventive extreme metal should easily find their match with At the Nexus of All Stillborn Worlds.

Says the label:
Two years after their last full-length, Zealotry are back with their newest offering (and first with Unspeakable Axe Records), titled At the Nexus of All Stillborn Worlds. This is progressive death metal at its most uncompromising, dense with intricate riffs, elaborate bass lines, mind-melting lead guitar work and more. Clean choral vocals add a Timeghoul-ish aspect to certain songs; in other places, bewildering effects occasionally will warp a track into an aural acid trip. Elaborate structures occasionally peel back to reveal a Chasm-inspired melodic development.

Featuring a member of Chthe’ilist and influenced by a broad palette of death metal explorers including At the Gates, Obliveon, Brutality, and Atheist, At the Nexus of Stillborn Worlds is a dizzying new peak in Zealotry’s 13-year history. Experience 8 tracks and nearly 43 minutes of some of the most dense and rewarding music death metal has to offer. 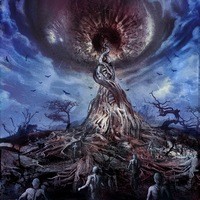