Watch Part I of SOILWORK’s ‘The Ride Majestic’ Documentary 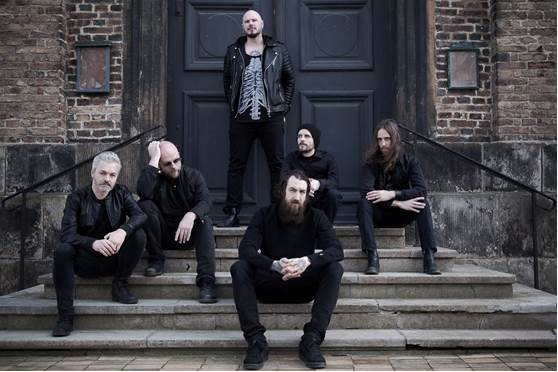 Sweden-based melodic metal giants SOILWORK are gearing up for the release of their forthcoming 10th studio album, The Ride Majestic, hitting stores worldwide on August 28 via Nuclear Blast Records. In preparation of the album’s release, SOILWORK has created a two-part mini-documentary inviting fans and newcomers alike to take an insider’s look at their musical history. Vocalist Bjorn “Speed” Strid gives a one-on-one, personal account of what has shaped SOILWORK as the one of the greatest European metal bands in modern music. Take a look at part one of the documentary below.

SOILWORK vocalist Bjorn “Speed” Strid states: “After finishing up the album, the band was asked if we had a bunch of footage from the studio, potentially shaping up to become a making of-style documentary. Truth was, we didn’t get much on tape at all in the studio. At least video. There was a lot of audio though, which you all get to hear on the 28th of August. Perhaps not all that weird, after going through some really rough times in our personal lives, while the album was recorded (once you see this mini doc, you’ll understand why).

Thinking about it made me realize, that as interesting as it might be for the fans, I believed it was time for something new. In my mind, the typical “webisode”- format seemed watered down. I believed we had a different story to tell this time around, rather than showing off gear and making silly faces in the studio. Just a week ago, I did some brainstorming and put together somewhat of a script, where I told my part of the story and how this album came together for me personally. One of the main reasons, aside from that this awesome band I’m a part of, is spread out all over the world, and pretty hard to gather in matter of hours, is because that the vocal recording was extra special for me this time. I moved back to the city where it all began for me. the city where I started my first bands. I basically reconnected with the people and the scene, that all had a huge impact on me. I wanted to somehow share it with you, and tell the story of how it all lead up this new record of ours. Expect nothing close to “The Seventh Seal” by Ingemar Bergman. However, it’s a very honest story, how everything came to together for me personally, and how the hardship we all went through the latest year, shaped our new album The Ride Majestic. Hope you enjoy it!”