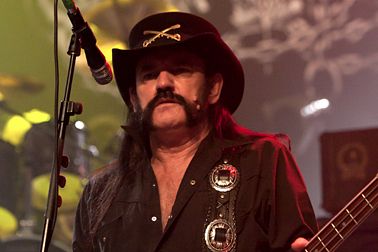 MOTÖRHEAD was forced to end its performance at the Wacken Open Air festival in Wacken, Germany yesterday, August 2, after only six songs due to frontman Lemmy Kilmister’s ongoing health issues. The festival organizers have since issued the following statement:

“MOTÖRHEAD rocked the Black Stage for more than 30 minutes and Lemmy gave everything he´s got to play an amazing live show. He´s keeping well – but the temperatures and circumstances lead to the point that continuing the show would have lead to a loss of quality. We are very happy and proud that Phil, Mikkey and particularly Mr. Rock n Roll himself, Lemmy Kilmister, played W:O:A 2013 and that they did everything humanly possible to play this gig. Thank you so much, guys!”

MOTÖRHEAD’s new album, Aftershock, will be released in the fall. The follow-up to 2010′s “The Wörld Is Yours” was recorded at Maple Sound Studios in Santa Ana, California with longtime producer Cameron Webb.