Vintage Video: My Dying Bride’s “For You” 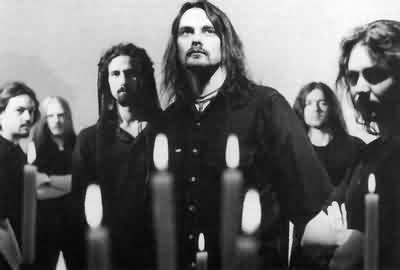 The last salvo from the “Classic Six” (Stainthorpe, Craighan, Robertshaw, Jackson, Powell, and Miah), My Dying Bride’s 1996 album Like Gods of the Sun was the commercial apex for a band never quite destined to be coddled by the metal mainstream. Their gradual drift from those ugly, unnerving, but captivating death days led to the more delicate balance between a noticeable Goth metal undertow and soft, tender melodies, of which there is no greater representation of than “For You.”

The video “For You” has been edited, with roughly two minutes and changed cut from its original run-time. The guts of the song (i.e. the verse) remain largely in place, which is where the song shines brightest. Guided by Aaron Stainthorpe’s raw, impassioned delivery and gentle guitars, “For You” is a love song, telling a tale of devotion and commitment. A far cry from a song like “The Forever People” (off 1992’s grizzly As the Flower Withers), but MDB’s most impactful statement in this realm. Talk about tugging at heartstrings…