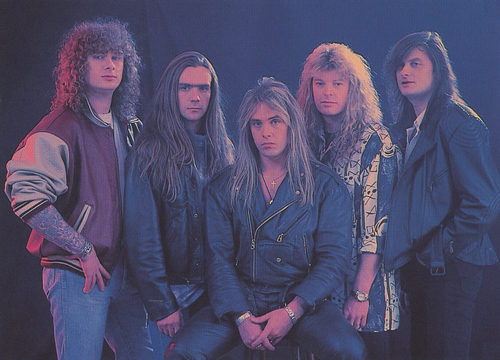 Frankly, we could do one of these on the ‘Weenies every week (or every other week), but that wouldn’t be fair, nor would it be advisable given the extreme amount of bands fitting for this little feature. So we’ll start with “Perfect Gentlemen,” a song from their 1994 Master of the Rings comeback, an effort that went a long way toward making amends for the dreadful pair of Pink Bubbles Go Ape and Chameleon.

The first album with Andi Deris (snagged from Pink Cream 69), Master of the Rings not only galvanized the band on the metallic front, it helped bring back the carefree and humorous nature of their songs, something “Perfect Gentleman” represents quite well. The song’s affable pace, whistles, and fun chorus are what make it go, but the video is a treat onto itself, full of Euro/90’s acting and production angles. Who knows if the thing ever was aired on MTV, but who cares. The song still sizzles nearly 20 years after its release…