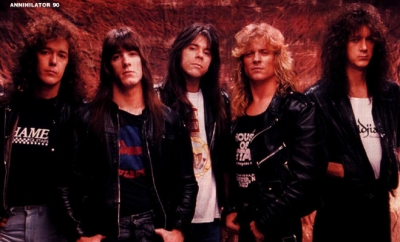 Brought on by the release of the band’s new Feast album (their 14th overall!), DR felt it was nigh time to dig into the archives for a blast from Annihilator’s storied past. The video in question is “Stonewall,” one of the lead singles from the band’s mandatory 1990 Never, Neverland album.

Not only does it pre-date a vast portion of the now en-vogue “save the environment” chatter, it’s a proper reminder that Jeff Waters and crew weren’t all thrash – they could write a catchy melodic jam, too. Extra nods to the scenery (someone should ask Waters where it was shot), singer Coburn Pharr’s slick aviators, and the message, which is even more relevant today…