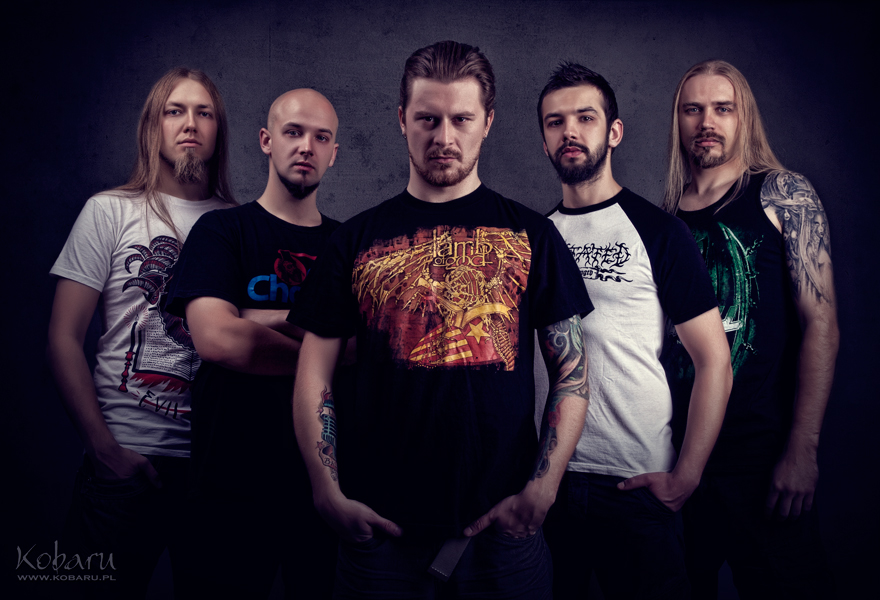 Warsaw’s VEDONIST have released their third album entitled A Clockwork Chaos. The album was recorded at the end of last year in three studios (Sophiria Studio, Huge Studio and Top Secret Studio), and was mixed and mastered by Wieslawski Bros (Behemoth, Vader). The cover artwork was designed by Pachu, the band’s singer and professional graphic designer who won a Fryderyk Award (Grammy counterpart) for one an Acid Drinkers covers.

A full stream of the album is available at this location.

Comments bassist Gerhalt: “After five years since the release of The World Of Reversed Decalogue, several tours and line-up changes – we are back with new recording! We’ve assumed that our third album will be one big step forward towards modern music, without copying old-school patterns – however still based on technical, demanding and maverick sounds. This was indeed our trademark since ever. I have no doubt that we managed to achieve it and A Clockwork Chaos will surprise positively all maniacs of extreme sounds. Be prepared for lethal dose of mechanized chaos!”