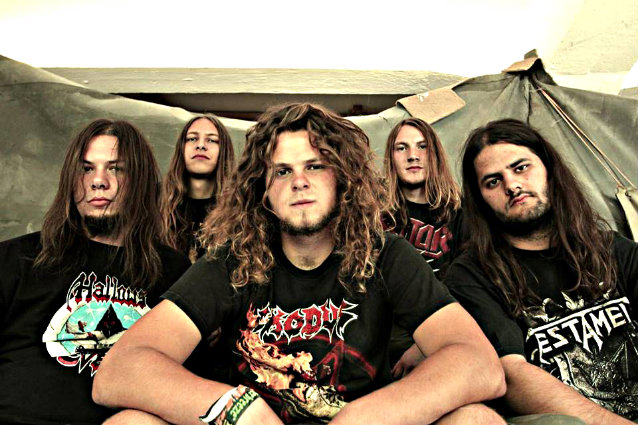 Thrash metallers TOXIC WALTZ will release their debut full-length, Decades Of Pain on January 23. The cover artwork was created by Peter Tikos, who has previously worked with ALPHA TIGER and BATTLECREEK.

TOXIC WALTZ has shared the stage with such well-known acts as SIX FEET UNDER, ALPHA TIGER and DEBAUCHERY.