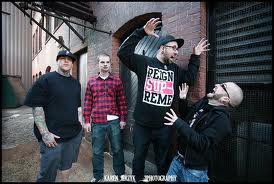 THE ACACIA STRAIN have announced the addition of two new full-time members to their ranks. Devin Shidaker and Richard Gomez will replace guitarist Daniel “DL” Laskiewicz after many years of service. As Laskiewicz will no longer be writing for music for the band, THE ACACIA STRAIN wish him the best in all of his future endeavors.

Comments THE ACACIA STRAIN: “As a band, our perspective is for all of us to be involved and be a team, not only on the road but for every aspect of the band and all be a part of it. Richie and Devin bring experience and passion to the table and offer a forward-thinking perspective to this band which has been wanted and needed for some time. We plan on getting started right away with the writing process to give you some new songs soon, and, of course, a new album. We are excited to start this new chapter of THE ACACIA STRAIN and look forward to seeing you all on tour!”

The band released four acclaimed studio albums — two of which, 2008’s Continent and 2010’s Wormwood, cracked the Billboard chart — as well as a Top 10 live DVD. To commemorate the end of an era, Prosthetic Records has assembled Money For Nothing, a compilation of rarities, B-sides and previously unheard tracks by the band. The six-track release, which was released on February 19, was made available as a specially priced digital EP and a limited-edition digipak.

Death Is The Only Mortal, the latest album from THE ACACIA STRAIN, sold roughly 8,600 copies in the United States in its first week of release to land at position No. 50 on The Billboard 200 chart. Released on October 9, 2012 through Rise Records, the CD was produced by Laskiewicz at his Western Massachusetts studio. 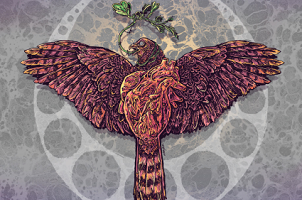 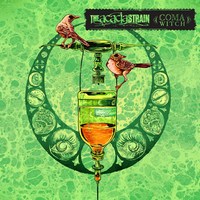