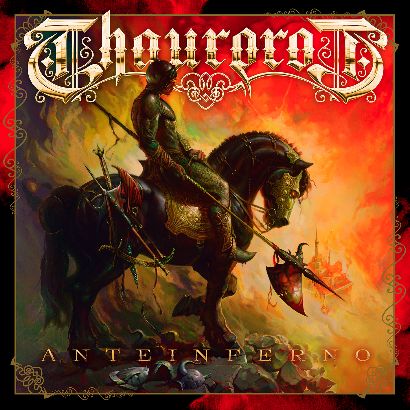 Finnish metallers THAUROROD have released the video for “Overboard,” a song from their new album, Anteinferno. The album will be released in Europe on December 20th through NoiseArt Records on CD and download. In Japan, the record was released on December 11th via Spiritual Beast with the exclusive bonus track, ‘Japskin Syylä.”

The cover artwork for Anteinferno was created by Ken Kelly of MANOWAR fame. “I found this masterpiece with all the strong colors of the flames and a warrior on a horse and thought it would fit perfectly,” explains bassist Pasi Tanskanen, “but also would reflect the battle themes and the theme of the last song which is about the world’s biggest horse breed, the Shire horse, which was used in medieval battles ages ago. So I would say it’s a pretty perfect cover for this album!” 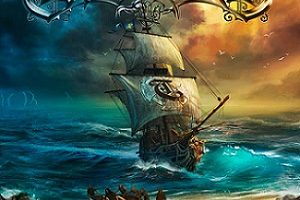