SUNSET IN THE 12TH HOUSE Signs With Prophecy Productions 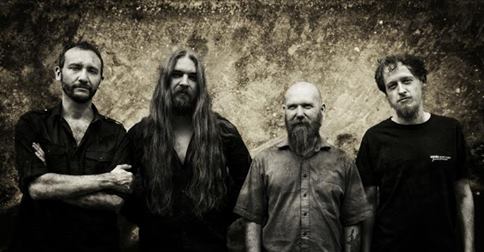 SUNSET IN THE 12TH HOUSE, the new band founded by Dordeduh masterminds Edmond Karban (aka Hupogrammos) and Sol Faur have signed with Germany’s Prophecy Productions. Acting mainly as an instrumental band, the quartet, which is completed by Dordeduh drummer Sergio Ponti and the bass player Mihai Moldoveanu, performs a unique style that can be best described as a blend of post rock and traditional oriental music.

The enigmatic band name refers to the astrological array in which the 12th house is the house of subconsciousness and unconsciousness, of intuition, compassion and spiritual transcendence. It is the residence of the collective unconscious, the wellspring of symbols, archetypes and the imagination. Herein also lies the conceptual alignment of Sunset In The 12th House, which is about different implementations of oriental and occidental esotericism.

Says the label: “We are very happy to announce the conclusion of a long-term contract with SUNSET IN THE 12TH HOUSE and that these two musicians once more put their trust in Prophecy!”

Edmond Karban on the new cooperation: “We’re very pleased to have this new project ready to be sent out into the wide world though Prophecy Productions. We already received a lot of trust and support from the label and I’m sure they’ll do a great work for us. Sunset In The 12th House represents a significant part of our feeling and thoughts which are differently expressed musically and conceptually in comparison with Dordeduh, but which are somehow the other side of the same coin. I hope that some people will find a common resonance with our new work and looking forward to hear the feedbacks.”

The debut album of Sunset In The 12th House will be entitled Mosaic, and its recordings have already been completed and are tentatively scheduled for a release in early 2015.