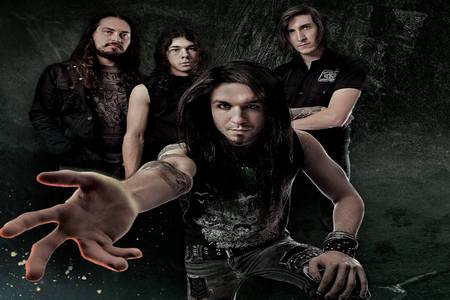 Chicago melodic death metallers STARKILL are streaming their new album, Virus of the Mind in full via the Soundcloud player below.

STARKILL will released Virus Of The Mind on October 14th in North America (October 20th EU). Once again enlisting the services of engineer and producer Chuck Macak (Oceano, letlive.), Virus Of The Mind will contain ten tracks of epic death metal filled with over-the-top shredding solos from up and comer shredder Parker Jameson. The album also introduces the use of Jameson’s clean vocals, and an overall darker style not heard before on STARKILL’s debut, Fires Of Life.