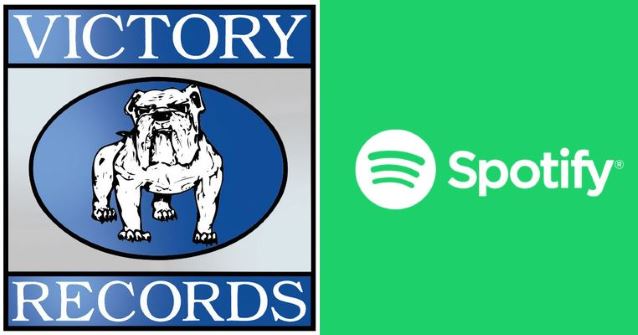 Independent record label Victory Records has had its catalog of music pulled from streaming music service Spotify as a result of what Victory claims is “Spotify not properly paying publishing revenues due to Victory Records’ artists in blatant violation of U.S. copyright laws.”

According to Victory, Spotify hasn’t paid publishing royalties to songwriters and composers related to thousands of recordings that U.S.-based Spotify users have listened to a total of 53 million times in the last few years.

Said Victory in a statement: “Late yesterday, Spotify sent over a document giving them mechanical clearance to use our music. We could not sign said document for a variety of reasons, most importantly that it would put us in direct violation of our agreement with Audiam. Spotify knows we are in business with Audiam and were essentially asking us to breach/ignore that agreement.

“The issue of nonpayment for songwriters and composers is a widespread problem and not exclusive to Victory Records’ artists. The bottom line is that artists and songwriters are not being paid and fans of Victory’s artists cannot listen to the music.”

A Spotify spokesman told The Wall Street Journal the streaming service decided to pull the Victory Records catalog because the label’s associated companies had not provided sufficient data to substantiate their royalty claims.

“Given that we don’t have that information, we felt we had no choice but to temporarily take down their content until we can come to a resolution,” the spokesman, Jonathan Prince, told The Wall Street Journal.

A spokesman for Audiam Inc., a small technology company which aims to “get music publishers, labels and artists paid for the digital use of their music in YouTube, Spotify, Beats, Rhapsody, Google Play and more,” disputed Prince’s claim, telling The Wall Street Journal: “Five months ago Audiam provided Spotify all the detailed songwriter information for the over 3,000 sound recordings they had not paid on.”