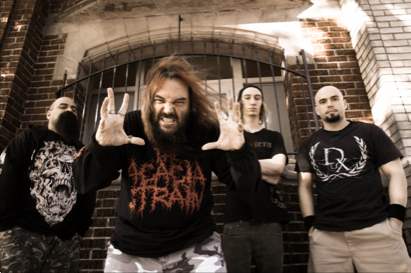 SOULFLY, the Max Cavalera-led ensemble, has posted the second studio trailer for their forthcoming ninth album, Savages, which is due for a fall release via new label Nuclear Blast Entertainment. The trailer can be viewed below.

The album was produced by Terry Date, who is known for his work with such acts as PANTERA, DEFTONES and SOUNDGARDEN, among many others.

The drum tracks on the new SOULFLY CD were laid down by Max’s 21-year-old son, Zyon Cavalera, who joined the band as its touring drummer for its recent rampage through North America.

Zyon previously played with SOULFLY during the band’s tour of Brazil in February 2012.