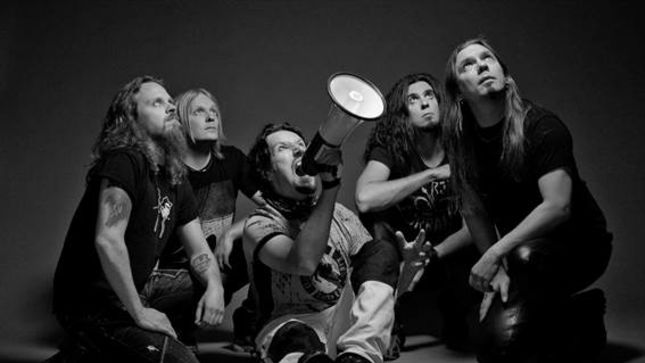 While currently on yet another successful world tour, this time to support their latest studio-album, Pariah’s Child, Finnish melodic metallers SONATA ARCTICA swung by the studio to re-record their debut album Ecliptica, which was released 15 years ago. This new version will be released on October 24th under the banner, Ecliptica – Revisited; 15th Anniversary Edition, on Nuclear Blast.

Back then, Ecliptica was recorded at Tico-Tico studios and mixed at Finnvox by Mikko Karmila (Nightwish, Children Of Bodom). The album was promoted live on tour with Stratovarius and Rhapsody.

Henrik “Henkka“ Klingenberg comments: “When it first was suggested to us by our Japanese label that we’d re-record our debut album Ecliptica, it felt a bit weird, but somehow the idea grew on us. Being that only Tony and Tommy played on the original one, we thought that it would be a fun thing to do, to give these great songs another run. We’re definitely not trying to re-write history, the original Ecliptica is the starting point of this band and a very special album with a certain feel of innocence and enthusiasm which cannot be recreated as such since we’re not teenagers anymore. Having said that, this new version is more of a tribute and an update on how these songs sound when played by our current line-up. We wanted to stay true to the original album as much as possible and not turn this into some weird re-arranged project where you couldn’t tell which song was being played. So here it is, the 15th anniversary version of Ecliptica. Hope you enjoy it, we certainly had a good time digging into these songs and laying down the tracks. 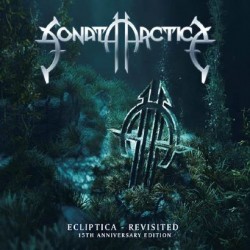