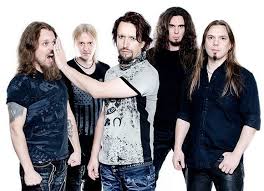 Finnish melodic metal masters SONATA ARCTICA have released the lyric video for “Cloud Factory,” which comes from their forthcoming new album, Pariah’s Child. The album is due March 28 via Nuclear Blast Records.

Commented SONATA ARCTICA vocalist/keyboardist Tony Kakko: “It has some kind of an ear-worm factor. It’s not a bad thing to have in a single. A story about how dad already sees his young son going to work in the same factory he still goes and where his dad and dad’s dad went before him, and how that pleasantly vicious circle never ends.”