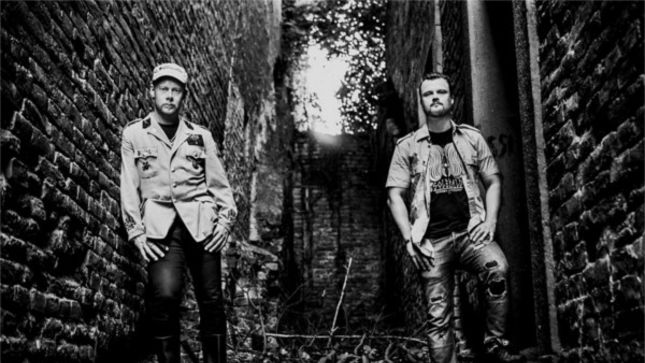 After four years of silence, avant norse folk metal duo, Solefald, return with Norrønasongen. Kosmopolis Nord, an experimental soundtrack to the fjords and mountains of Norway, and a hymn to the nature of the North. A prequel to the eclectic duo’s forthcoming Kosmopolis Sud full-length set for release next year, Norrønasongen. Kosmopolis Nord was created for release on vinyl, boasts a crew totaling ten musicians and finds Solefald venturing into new and unfamiliar soundscapes.

“Norrønasongen picks up the torch from 2010’s Norrøn Livskunst illuminating the same barrenness through the prism of prog rock, electro, folk and noise,” elaborates vocalist/guitarist/programmer Cornelius Von Jackhelln. “Norrønasongen is our first release with all the lyrics written and sung in our mother tongue. Norse Jugendstil for eyes, minds and ears: Solefald are delighted to be back with their boots on!”

Adds vocalist/synthesizer/programmer, Lars Are Nedland, “As long-time fans of the progressive movement of the late ’60s/early ’70s, it was in the cards that Solefald would dive into the world of melotrons at some point. Norrønasongen is a progressive folk-pop-noise release, and sets the scene for the forthcoming album Kosmopolis Sud by being nothing like it. We’re Solefald after all!”

Norrønasongen. Kosmopolis Nord is a true audio journey for the mind, body and soul. Opener, “Norrønaprogen”, is a progressive rock composition clocking in at eleven-and-a-half minutes, owing its sound to the 1970s acts that inspired Solefald’s debut, The Linear Scaffold, “Det Siste Landskap” is a small suite of new poems by von Jackhelln, written during a bumpy jeep excursion with Sólstafir in the Icelandic desert. The apocalyptic song describes the desolation of Iceland with an ambient pop sensibility while the hymn “Norskdom” invokes windy treks through the Jotunheimen Mountains.

Sturmgeist & The Fall Of Rome, a noise outfit from Oslo’s underground resistance, have remixed Norrønaprogen and delivered a B side of epic noise -“Norrøna: Ljodet Som Ljoma” and “Songen: Vargen.” Einar Kvitrafn Selvik of Wardruna contributes with skaldic vocals while Mari Skeie Ljones plays the Hardanger fiddle, traditionally held as the Devil’s instrument in Norwegian folklore.

Solefald have outsourced the rhythm section to the young talents of Baard Kolstad (God Seed, Borknagar) on drums, Alexander Bøe (In Vain) on bass and Petter Hallaråker (ICS Vortex, Rendezvous Point) on guitar. All three performed bravely with Solefald during the 2013 European tour and summer festivals with In Vain.

Norrønasongen takes its name from Olav Aukrust’s (1883-1929) poem of the same name. Written in 1915, the poem describes the horrors of World War I as seen from the Norwegian mountains, with metaphors from Norse mythology. With the timing of its release, Norrønasongen marks both the century passed since the First World War, and the 200th anniversary of the Norwegian Constitution. As storms sweep the globe yet again, the poet’s apocalyptic words can be read as a sorrowful warning. 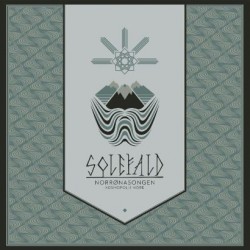