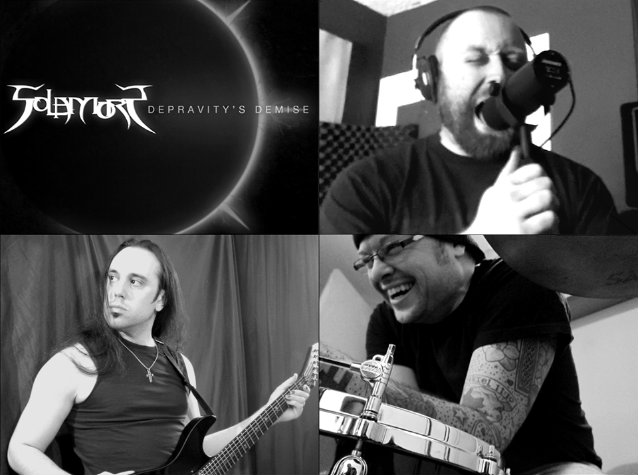 SOLAMORS, the new band featuring former members of BECOMING THE ARCHETYPE and ALETHEIAN, will release their full-length debut, Depravity’s Demise, on December 24. The album will be available at Bandcamp, iTunes, Amazon, Google Play and CDBaby.

A lyric video for the track “Becoming What You Are” can be seen below.

According to a press release, Depravity’s Demise is “an 11-track progressive melodic death metal album with a style that that attempts to blend technicality and thought-provoking music, with listenability and traditional song structures, in the vein of such greats as EXTOL, DEATH, STRAPPING YOUNG LAD and CARCASS.”