According to the San Diego Reader, the sentencing of AS I LAY DYING frontman Tim Lambesis for his role in a murder-for-hire plot was delayed from this morning, May 2, until May 16.

Lambesis, 33, pleaded guilty in February to hiring a hit man to kill his estranged wife, Meggan. The singer’s attorney offered no stipulated plea deal, which means the judge has the freedom to apply whatever sentence he determines appropriate, with a maximum of 9 years in state prison plus 4 years parole after release.

The family of the victim, Meggan, is expected to speak to the court on the day of sentencing.

The singer remains free on $2 million bond until he is sentenced.

Prosecutors alleged Lambesis had twice told a man at a gym that he wanted his wife killed, then met with an undercover detective known as “Red”, and gave the agent an envelope containing $1,000 in cash, photographs of his wife, and the security gate code to her house. He also allegedly told the agent the dates he would be with the couple’s three adopted children, in order to give himself an alibi.

A number of witnesses testified for the prosecution during a September 2013 hearing, including the undercover officer who posed as a hitman. The officer explained that Lambesis told him, “Just to clarify, just so you know, I do want her dead.”

Investigators say the undercover cop operation was staged after Lambesis told a man at his gym at Pure Fitness back on April 23, 2013 that he wanted his wife killed. Lambesis was allegedly complaining that she was making life difficult for him, that it was hard for him to see his children and that it was impossible for them to complete their divorce.

The singer at one time has said he considered himself to be a Christian and acknowledged that he found inspiration for lyrical content from biblical texts.

Lambesis’ attorney said the “gym culture” led to “changes in [the singer’s] physiological and mental status,” with Tim’s bodybuilding obsession causing him to go from 170 to 220 pounds after first taking supplements, then steroids. “[He] was not the same person. He was irritable and lost God.”

The couple had adopted three children from Ethiopia in recent years.

Lambesis was released in May 2013 with the requirement that he wear a GPS monitor and stay away from his wife and kids. 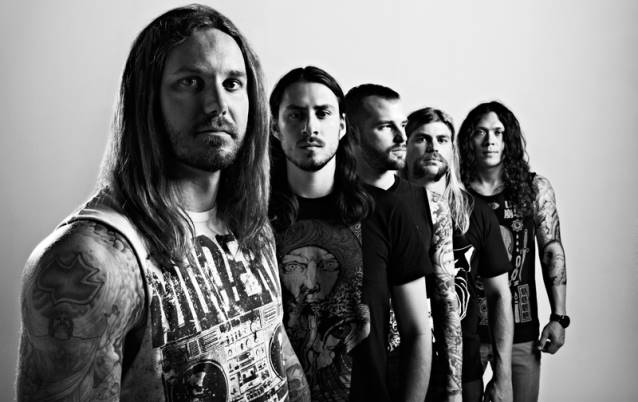