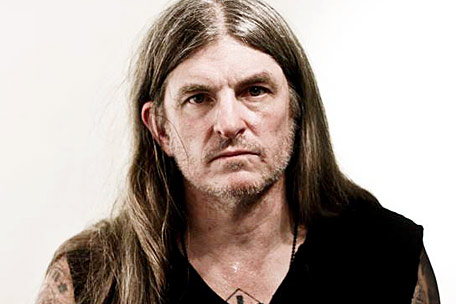 Vocalist Scott “Wino” Weinrich of doom legends SAINT VITUS has released the following statement after being deported back to the U.S. on November 12 and did not rejoin SAINT VITUS for the remaining dates on their recent European tour. Guitarist David Chandler and drummer Henry Vasquez, along with a few surprise guests, took over vocal duties for what the band described as “a rare opportunity to see VITUS with main songwriter David Chandler vocalizing his tormented tales of pain, heartache and DOOM.”

In a statement to Decibel magazine, Wino said: “First, I want to apologize to all SAINT VITUS fans, and to my band members and crew for my lapse in judgment that ultimately resulted in me missing the last six shows on our ‘Born Too Late’ 35th-anniversary European tour. On November 9th before noon just over the Norwegian border, I was arrested for possession of an illegal substance.

“I take full responsibility for the consequences of my actions. The other members and crew were unaware of my substance use. I was truthful with the authorities, and initially sentenced to 16 days in jail, minus the three initial days immediately following my arrest. On those days, I was in solitary confinement, with no reading or writing material and fed solely bread water. Despite these conditions, I was treated respectfully and cordially by all Norwegian authorities. Initially I believed I would be fined, allowed to continue the tour, and upon its end, I agreed to return to Norway to finish my sentence. I was disheartened to realize that I was to be deported straight away back to the U.S., and not allowed to finish the tour.

“I sincerely regret the inconvenience and loss incurred by everyone involved with these gigs, the inspiring co-headlining ORANGE GOBLIN, our booking agent, promo folks and the venues, and, of course, fans and ticketholders. I want to salute the members of SAINT VITUS for carrying on with these shows without me, and proving admirably the class of true road warriors they are.Again, my deepest apologies to all.

“After several productive years of sobriety, the rigors of almost nonstop touring and life’s circumstances led me to develop a dependency that has become detrimental to my health, and now, my freedom. As of now, I am currently off the road, and actively engaged in treatment. And THE STRUGGLE CONTINUES…

“I will continue my course of creating music and art. Early next year you will see the release of WINO AND CONNY OCHS’ new full-length recording, ‘Freedom Conspiracy’, on Exile On Mainstream Records. Also on the near horizon: a full-length Wino solo acoustic recording, the launch of my art and music web store, and my no-holds-barred biography.

“Thanks to all who believe!” 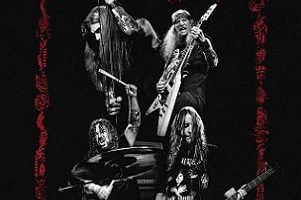 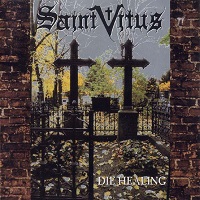 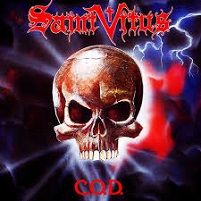