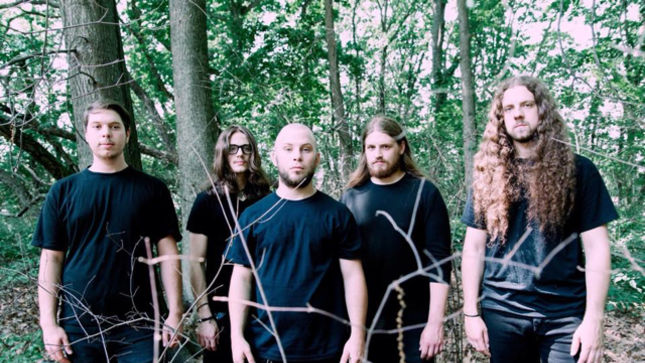 RIVERS OF NIHIL unveils Monarchy, their sophomore full-length album. The record will be available worldwide on Metal Blade Records on August 21st. The album’s title track can be streamed below.

Bassist Adam Biggs commented about the song and concept of the album: “The whole album is a concept piece, lyrically. It follows the struggles of a new breed of intelligent life on a planet earth that is now essentially a vast, oceanless desert. These beings, as humans did long before them, create a ruling class that dominates the masses through religious fear. By the time we reach the title track, this “Monarchy” is in full swing. Musically, the track expresses this dominant oppression via an exploration of our heavy, groove-oriented side. This one is a bruiser, but it doesn’t abandon our taste for blast beats, fierce riffs, lead work and an overall sense of shred.”