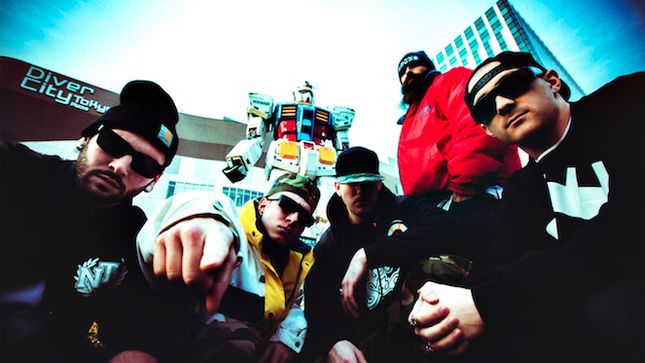 Manga metal mosh monsters, RISE OF THE NORTHSTAR have signed a worldwide license deal with Nuclear Blast Records after owner/CEO, Markus Staiger, had watched and met the band at this year’s Summer Breeze Open Air.

Commented Markus Staiger: “I was instantly blown away by the sheer power of their live performance! This is the brutality I was looking for! I immediately knew we had to have ROTNS on our roster! It is nothing but impressive what they have achieved in so little time – all on their own. Also this is another proof for the diversity of metal, the scene and our label! Samurai Spirit!“

Commented the band: “We are proud of this new venture between our label Repression Records and the biggest independent metal record company Nuclear Blast. ROTNS has spent years fighting like hell in the underground, and the opportunity of partnering with people who understand our artistic vision, respect our independent culture, not to mention defend the interests of acts that have influenced our sound, is the right move to take our band to the next level. We are proud of our debut record, and Nuclear Blast’s firepower will give this album the global reach that we always aimed for.”

Driven by strong DIY ethics ROTNS have paved their way into the scene since the inception in 2009 and have achieved a lot for a young band without support. Touring Asia and Europe alike, producing their own music videos (most of them gaining up to 1million clicks on YouTube) and creating their own cosmos have made the five piece to one of the most exciting bands around.

The band’s spirit was born in the back alleys of the 1980s Shibuya district. The heart of their music indeed is the Japanese culture, its mangas and Furyos.

In the band’s young career, ROTNS have release two globally successful EPs and have toured not only Japan, but also Spain, Italy, Hungary, Poland, Slovakia, Czech Republic, Germany, Belgium and France as well as China and Twaian. This past summer, Rise Of The Northstar have destroyed festival stages all over Europe including euphorically received gigs at With Full Force and Summer Breeze.