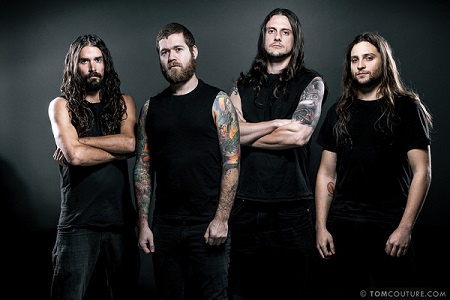 Boston tech-thrashers REVOCATION have released the video for “Fracked,” a song from their 2013 self-titled album. The video was put together by Madeline Quinn and is a visual representation of the song’s lyrics, which highlight the environmental effects of fracking.

Frontman Dave Davidson commented on the video and the bands upcoming tour: “Greetings heavy metal warriors! We are pleased to present to you our video for ‘Fracked’. Lyrically this song is about the rape and destruction of our environment at the hands of profit driven sociopaths, in other words a real feel good hit to brighten up your day. We’ll be jamming this new tune on our upcoming tour, see you in the pit!”