Renowned independent metal label, Relapse Records, will be celebrating it’s 25th anniversary throughout 2015. Originally founded by Matthew Jacobson in 1990, the label quickly became one of the most celebrated and influential independent labels in heavy music history. The label has big plans for the monumental anniversary including numerous special releases, events and partnerships all year long.

“In 1990 I started Relapse as a teenager in my parents’ basement. It was a dream with a simple mission: to share the music that I was so passionate about with as many people as possible. Over the course of 25 years we have had the honor of working with a diverse array of amazing artists and releasing a vast catalog of incredible records that includes numerous influential and genre defining albums. We are very proud that we have been able to bring the music that we love to a global audience.”

First and foremost, Relapse will be reissuing a significant amount of classic and underground titles from throughout the label’s history on deluxe vinyl. Albums from artists like Mastodon, Nile, Dillinger Escape Plan, Neurosis, Amorphis, Incantation, Human Remains, and many many more will get the deluxe reissue treatment after being long out-of-print or never-before-available on wax. Additionally, a special, super limited silver colored vinyl of every record released/reissued in 2015 will be made available exclusively from relapse.com. 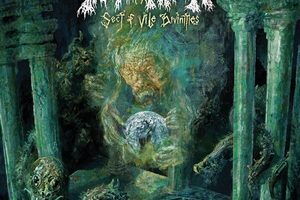