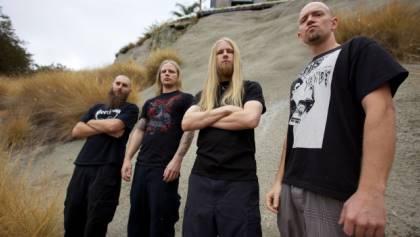 Californian death metallers RECIPROCAL will release their second full-length album, New Order Of The Ages, on November 19. The follow-up to 2009’s self-titled CD was recorded with engineer Zack Ohren (ALL SHALL PERISH, BRAIN DRILL, DECREPIT BIRTH) at Castle Ultimate Studios in Oakland, California. The artwork was created by Jon Zig (SUFFOCATION, DEEDS OF FLESH, DISGORGE)

The band describes New Order Of The Ages as “an epic blend of all metal styles mixed in with our own aggressive and technical approach.

“We set forth to make this album for all metal fans without compromising what we feel is dark and extreme death metal.

“You may be surprised to hear the unexpected.”

New Order of the Ages will be made available for download at ReciprocalHate.com, BandCamp, iTunes, Amazon, LastFM, Spotify, Rhapsody and more.

Two songs from the album — “Illuminati” and “Tyrannicide” — can be streamed below. 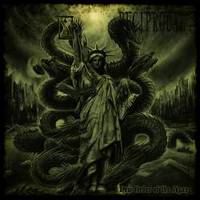