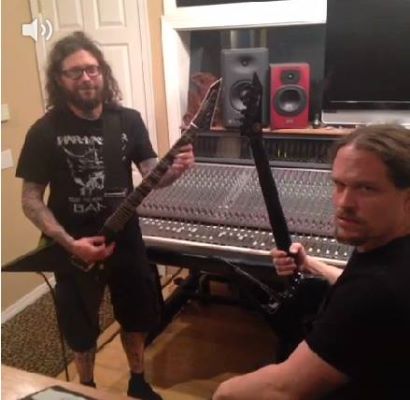 Producer Erik Rutan reveals that the new “GOATWHORE album is now mixed and just mastered by Alan at WWSM. I could not be more proud of all our efforts. This is my 4th album with GW and their loyalty and commitment is something I respect tremendously. To record mostly to analog was incredible and the results exemplify that. Amazing tones and performances. This is the real deal!”

It takes a lot of guts to record an album to tape in a day and age of metal where conformity and sterility are more commonplace then originality and vibe. It has been 9 years since I have recorded anything to 2 inch tape, since HATE ETERNAL – I Monarch and SOILENT GREEN – Confrontation, but I guarantee it won’t be my last! I cannot wait for everyone to hear this album and I give GOATWHORE my complete and utter respect. It has been an honor to work with Goatwhore once again and I thank them for bringing out the best of me! Performance over perfection.”

The tour kicks off April 4 in Tempe, AZ.