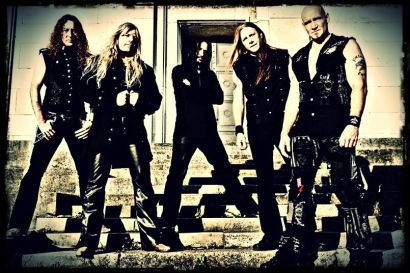 “Exciting times. Ralf (Scheepers) finished the vocals today for the title track of the new album and Jacob Hansen already started with the mix and Hansen Studios in Denmark. Updates soon!”

The album is produced by Mat Sinner, engineered by Achim Koehler. It is due to be released worldwide via Frontiers Records in January 2014. 12 songs were recorded during the new CD sessions, including “two epic songs, one guitar ballad, and nine crushing metal songs with all the trademarks you know and love to hear from PRIMAL FEAR,” according to the band.