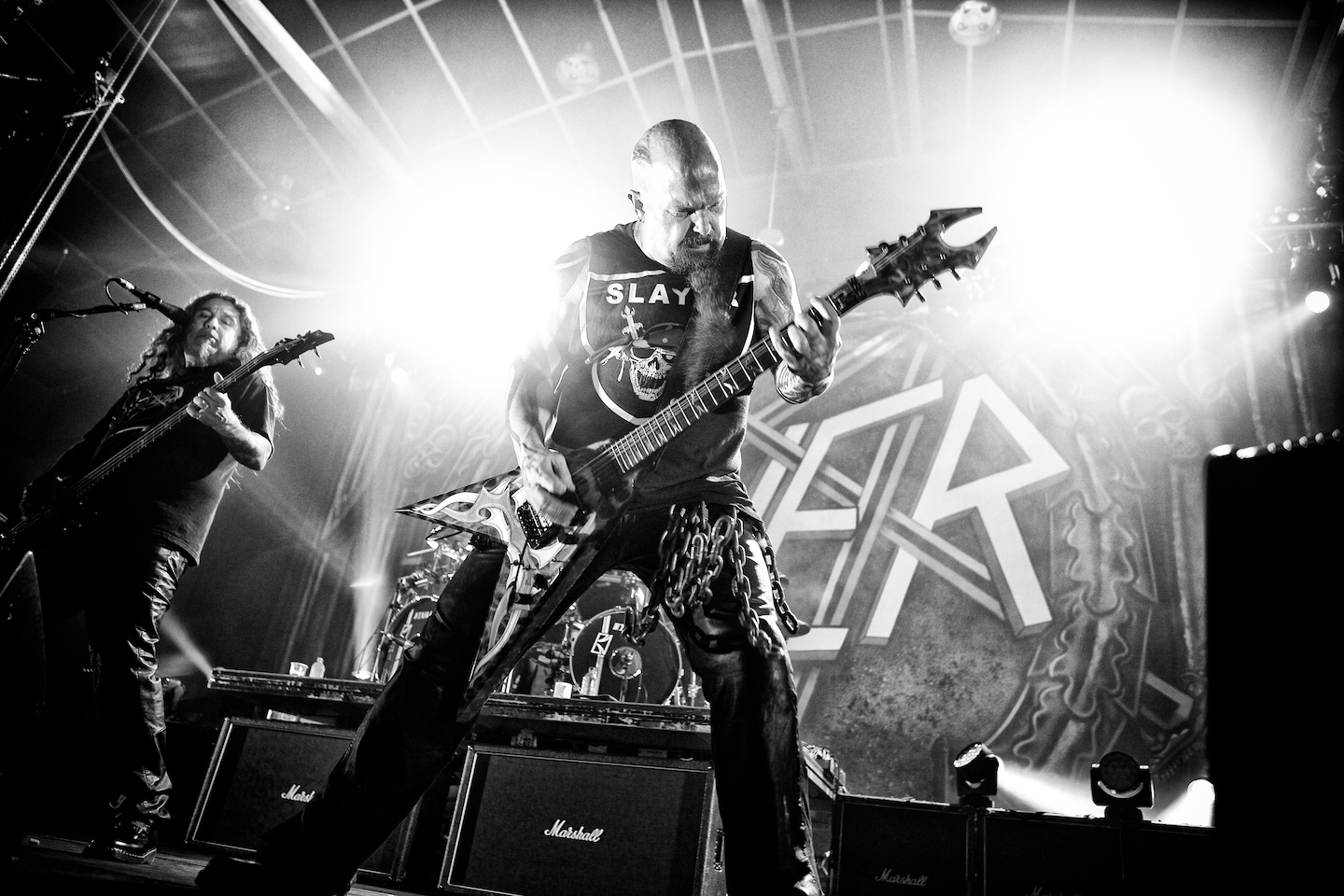 During the band’s recent press run in support of their fall North American tour, the members of Slayer have started dropping word they are considering recording a new studio album, one that would be the first without recently-deceased guitarist Jeff Hanneman. It’s widely known that Hanneman was the band’s best songwriter, responsible for most of Slayer’s “hits” (if we have to list them, then shame on you), and for some, his death is still fresh to even think about recording a new album. However, it appears that all signs point to a new Slayer record without Hanneman might be on the horizon. What are your thoughts?