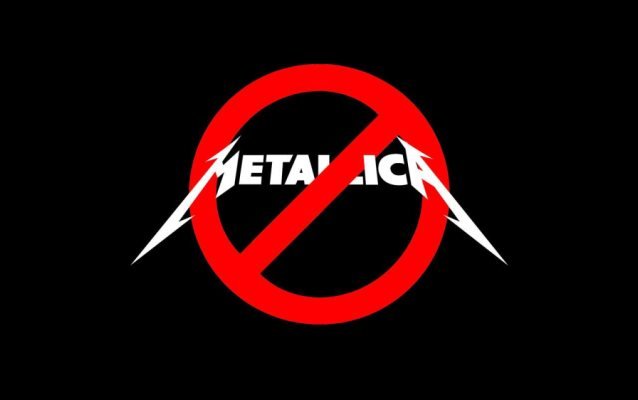 As first reported by Blabbermouth, an online petition has been launched calling for the removal of METALLICA from the billing of this month’s Glastonbury music festival in England after it was reported that the band’s frontman, James Hetfield, will narrate a new TV show on the History channel that chronicles bear hunting in Alaska.

The 50-year-old Hetfield, who is a member of the National Rifle Association and an avid hunter, has been known to travel around the world to take part in shooting expeditions.

A Facebook page entitled “Remove Metallica From Glastonbury Festival For Their Support Of Bear Hunting” has generated nearly 10,000 “likes” since it was created on May 25.

A posting on the Facebook page reads: “This page is an appeal to Glastonbury to remove METALLICA from their lineup. We believe James Hetfield’s support of big-game hunting is incompatible with the spirit of Glastonbury and brings its good name into disrepute.”

The page administrator wrote in a separate posting: “I doubt very much that James Hetfield is the first high-profile big-game hunter to grace the stages — I’m sure there have been many. I do, however, doubt that any of them have had a prime time History show promoting his view that hunting is a good thing to do, on at the same time. This double exposure gives his views extra publicity and acceptability, and this is where we can have an effect… This is about raising awareness and making both METALLICA and Glastonbury aware of what appears to be a large number of people’s disapproval.”

According to a press release, “The Hunt” is an eight-episode series that documents the hunt on Alaska’s Kodiak Island for the Kodiak brown bear, which is among the largest land predators on Earth. They can grow to be 12 feet tall and 1,500 pounds with powerful jaws and razor sharp claws. The average hunt lasts 10 days, and there’s less than a 50 percent success rate in bagging a bear.

The press release states: “Brown bear co-existence with humans on the island is a delicate balance, yet is regarded as one of the most successful conservation efforts in the world. Most hunters go after adult males, or boars, who when food is scarce are known to kill and eat cubs, as well as cause trouble near populated areas.”

The first episode of “The Hunt” will premiere on June 8 on the History channel.