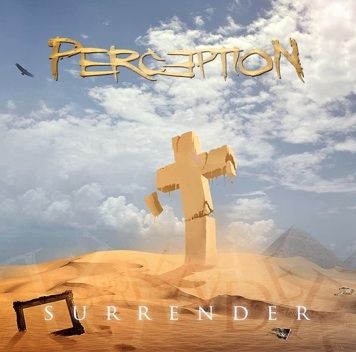 Another production work from ALMAH/ex-ANGRA singer Edu Falaschi is now available. It’s the debut single of São Paulo-based metallers PERC3PTION from the album Reason And Faith. The song ‘Surrender’ – which can be heard below – will be released in Brazil in the second half of 2013.

Falaschi comments: “I’m very happy to present my new work as a producer! It has been luck to be invited by this great band to produce their debut album, we have worked hard together and the result is amazing! I’ve done my best to offer all my experience to the band and to join our forces with these great musicians and friends. Of course, this result wouldn’t be possible without them. This debut will give a lot to the rock scene of today!”

Edu Falaschi received his first experience at the producer’s desk with his band Symbols at the end of ’90’s. After a break Falaschi returned to the production field in 2006: he produced all the CDs of his own band Almah and started to work with other projects and bands. In the beginning of 2012 Edu Falaschi established his own Do It! Studio in São Paulo in a partnership with his brother and former SYMBOLS bandmate Tito. At present, Edu Falaschi keeps producing the debut material of Brazilian bands DRACE XII and Eyes of Gaya simultaneously with his musical career in Almah.