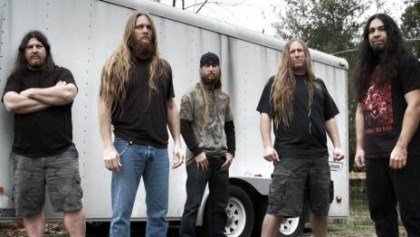 Venerable Floridian death metal troupe OBITUARY have released the first trailer for their forthcoming Inked in Blood album. The album is due October 28 via Relapse, and was recorded at the band’s RedNeck Studio in Gibsonton, Florida.