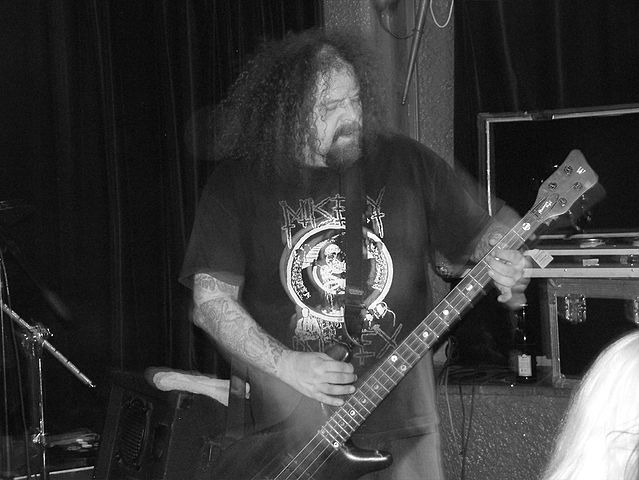 Sam Dunn from Banger Films Inc. chatted with NAPALM DEATH bassist Shane Embury for the ‘Lost Episode’ of Metal Evolution. It focuses on death metal, grindcore, and black metal. In the clip below, Embury defines the ever-popular blast-beat.

After an enormously successful Indiegogo crowdfunding campaign raising nearly $40,000, Grammy-nominated and Juno-winning Banger Films is embarking on a final push to create the “Extreme Metal” episode. “Our first Indiegogo campaign was a huge success and we were blown-away by the support of the metal community,” says Banger Films co-founder Sam Dunn.

“The research, writing, travel and filming is now complete and we’ve captured some amazing interviews and footage. But we need to turn this footage into an episode!” The new campaign kicked off August 9. Details of the campaign, including a brand-new trailer featuring exclusive footage from Banger’s “Extreme Metal” filming trip, can be found here.