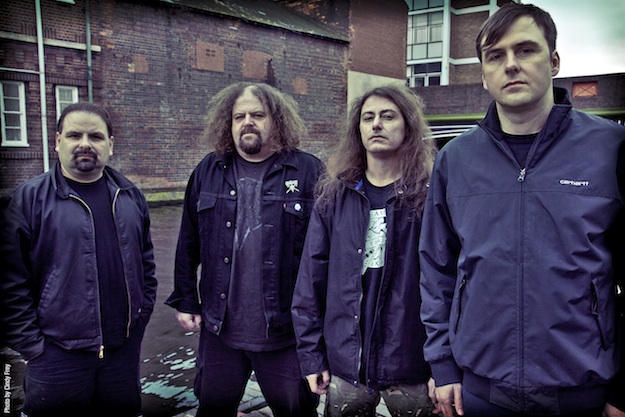 The band has posted the following update on its Facebook page: “First night done laying some more drum tracks down for the new NAPALM DEATH album. A different approach than the last record with different recording sessions. Some of the songs are worked out, and some songs we are going for a more spontaneous approach to see where it takes us, but so far we are getting some cool dynamics in drum tones and songs, which will ultimately lead to a more diverse and crazy-sounding album. It’s looking good so far.”