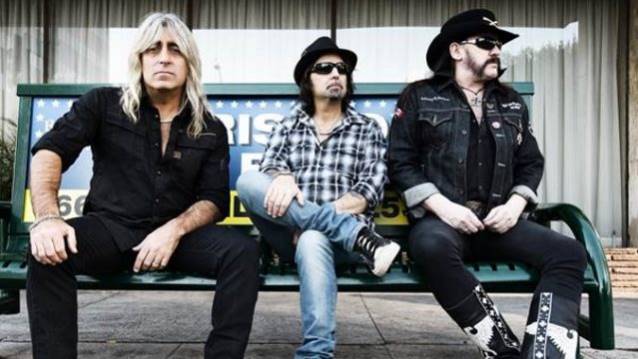 MOTÖRHEAD’s new album, Aftershock, gives the band their highest charting position ever in the US, coming in at #22 on the Billboard Top 200 Album Chart. Aftershock also charted at #3 (Hard Music), # 8 (Rock), #16 (Physical) and #59 (Digital).

The band recently had to postpone their European tour due to frontman Lemmy Kilmister’s health issues. Said Lemmy in a statement:

I have to sadly let you know that MOTÖRHEAD has had to postpone the forthcoming European tour until early next year, 2014.