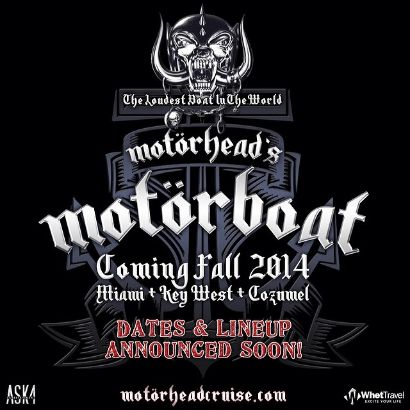 MOTÖRHEAD has announced their cruise, the MotörBoat, set to sail this fall. The cruise will sail from Miami, FL to Key West and Cozumel. Details on cruise dates, artist lineup and more can be found on the cruise’s Facebook page.

The band was previously forced to cancel its announced European tour, originally rescheduled from last fall.