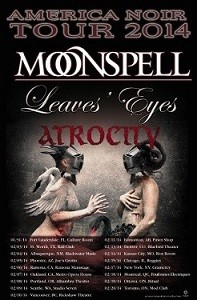 Gothic Portuguese metallers MOONSPELL have announced that they are returning to North American for a headline tour in 2014. The America Noir tour will begin January 31st in Ft. Lauderdale, FL and is currently scheduled to run through February 20th in Toronto, ON.

Support on the tour will be provided by Napalm Records label-mates LEAVES’ EYES and ATROCITY. A list of announced dates can be found below.

Ticketing info, additional shows and meet and greet info will be announced shortly. 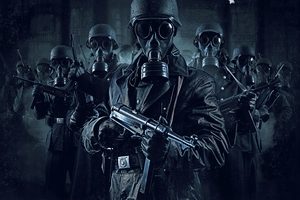