METALLICA Star In A New ‘This Is SportsCenter’ Ad For ESPN 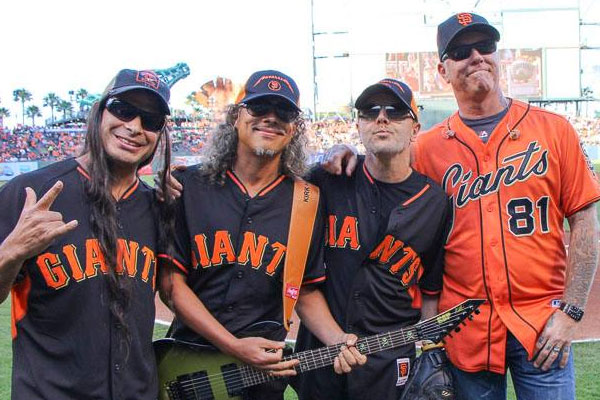 METALLICA is the star of the latest This is Sportscenter ad, which offer deadpan mockumentary sketches based on the behind-the-scenes production of the show. According to RollingStone.com, the new commercial, which will air during tonight’s Home Run Derby, clip plays off the idea that since Yankees relief pitcher Mariano Rivera retired at the end of last season (taking his “Enter Sandman” entrance music with him) they don’t know what to do with themselves, so they have started coming up with their own ideas.

“Sometimes it can be quite freeing to put yourself at the mercy of others,” METALLICA drummer Lars Ulrich told RollingStone.com about making the ad. “ESPN’s commercials have a tendency to be hilarious. We were like, ‘That sounds like a good time.’ The whole thing had an overriding impulsivity to it.”