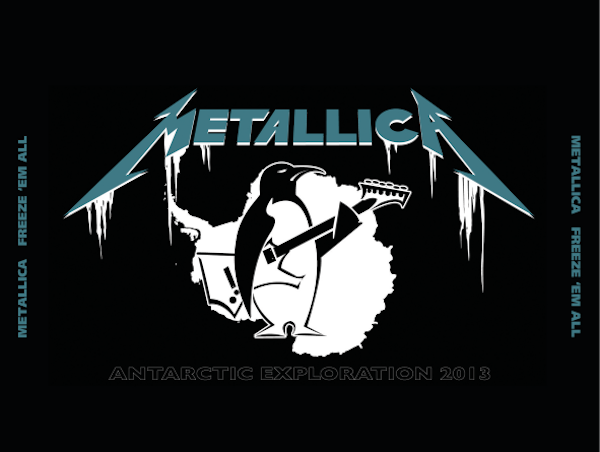 METALLICA has made the band’s entire historic “Freeze ‘Em All” concert in Antarctica available for viewing on the group’s official YouTube channel, which can be viewed below.

The 10-song show, which is availble for digital purchase at METALLICA’s official web site, took place at an Argentinean base on the world’s southernmost continent, with a small audience of fans in attendance and hearing the show through headphones. METALLICA played one of the first rock concerts ever staged in Antarctica, and became the only band to ever perform on all seven continents in one year.

METALLICA will head into the studio in early 2014 to begin work on its 10th studio album. The band will emerge next summer for a European tour on which each night’s set list will be chosen online by fans attending the gig.

The band’s traditional 18-song set will include the 17 top voted songs along with a brand new track.

The tour, dubbed the “Metallica by Request” tour, will kick off on May 28 at the Sonisphere festival in Helsinki, Finland and travel across Europe through July 11.