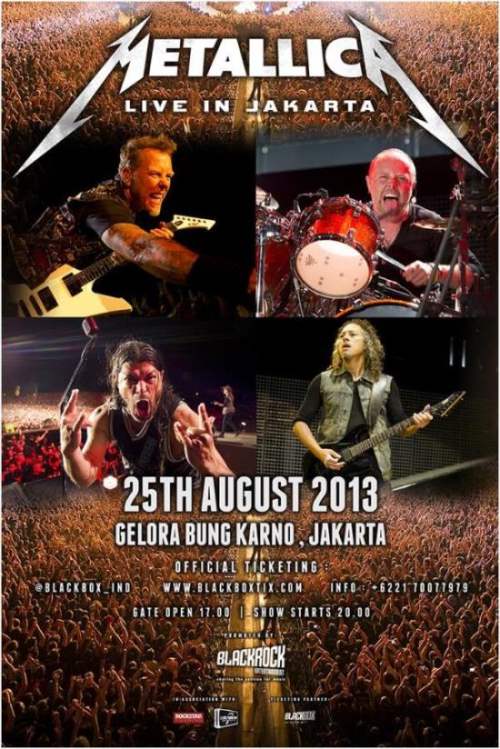 METALLICA has posted a MetOnTour video from their August 25th show in Jakarta, Indonesia. Footage includes tuning room, preshow huddle, and “Cyanide” from the show.

The governor of Jakarta, Indonesia, Joko Widodo, attended the concert in the city — 25 years to the day after the release of the band’s fourth album, “…And Justice For All”, and more than 20 years after their tumultuous first show in Indonesia.

“I am happy and satisfied with the concert,” Widodo said after the show. “No one got out of control. We showed them that Jakarta citizens are all dignified. We could rock the night away in an orderly fashion.” 60,000 Indonesian metal fans attended the concert, where more than 2,000 security personnel were deployed.